The Council on Foreign Relations has published a 116-page report, “Confronting Reality in Cyberspace: Foreign Policy for a Fragmented Internet”.

The report’s Executive Summary sets the tone of the CFR’s analysis and recommendations:

“The utopian vision of an open, reliable, and secure global network has not been achieved and is unlikely ever to be realized. Today, the internet is less free, more fragmented, and less secure.”

The report paints a bleak picture of the Internet:

“Countries around the world now exert a greater degree of control over the Internet, localizing data, blocking and moderating content, and launching political influence campaigns. Nation-states conduct massive cyber campaigns, and the number of disruptive attacks is growing. Adversaries are making it more difficult for the United States to operate in cyberspace. Parts of the internet are dark marketplaces for vandalism, crime, theft, and extortion.

According to the CFR, the era of the global Internet is over. The U.S. cannot continue to reap the gains of future innovation as long as it adheres to failed policies based on an unrealistic and dated vision of the Internet. The U.S. needs to act quickly, the CFR says, to design strategies and tactics that can effectively address urgent threats.

Although not specifically stated in the CFR report, all of the threats we face today on the Internet are attributable to the decades-long band-aid approach to security. The protocols that drive all communications on the Internet were designed without any awareness of the need to protect data flows from unauthorized monitoring and interception for nefarious purposes. It was inconceivable in the 1960s that the technology so potentially beneficial to the world could be turned in on itself by criminals and nation-states to steal vast amounts of intellectual property, for example, or hijack computer systems to extort money, or shut down critical infrastructure.

Because security was not embedded in communication protocols during their early design phase, we now find ourselves in the position of merely reacting to adverse events with micro solutions that sometimes open new opportunities for criminal exploitation.  As a result, it is becoming increasingly expensive and time-consuming for public and private sector organizations to keep up their defenses against current and future threats.

Proposals for big-picture security solutions may come with threats of a different kind such as tighter controls on who can use the Internet, what they can say and not say, and permit the already expanding role of government to monitor everything to continue unabated. Under the guise of security, the Internet will require centralized control and regulatory mandates that will restrict every aspect of behavior. If allowed to happen, for all practical purposes, this would constitute the Internet’s collapse. 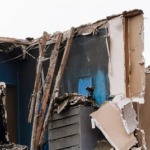